magician, circus
Categories : Magician
A graduate of the Hong Kong Academy for Performing Arts, Andy has entertained millions of people over the past 15 more years with his awesome magic skill and illusion.
And he interacts with his fascinated audience in both Chinese and English as he tears up a $100 bill and restores it right in front of you or transforms a duck into a chicken with a snap of his fingers on stage.
Major clients over the years include the MGM Casino, the Venetian and the Star Galaxy in Macao, Disneyland Resort and the Ocean Park in Hong Kong. As a member of the International Brotherhood of Magicians, Society of American Magicians and Magicians Association of Hong Kong, committee member, Andy was invited to perform at the 2nd Hong Kong Magic Festival in 2004, the Asian Magic Association in 2007 and the International Macao Magic Festival in 2007, 2008 and 2010. Andy, who has a warehouse of different props not only “Cards” and “Coins” but also the big illusion named “Saw-a-lady-in-Half” and costumes for both children’s and adults’ functions, is well-known for his magical power in jazzing up the ambiance of any party.He also guarantees the delivery of an unforgettable memory of the occasion you attend. ​ 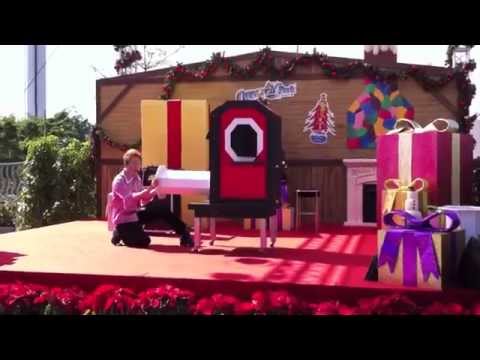